Noelle Lorraine Williams
While researching an  essay and project piece on Newark, New Jersey women Hip Hop artists: Queen Latifah, Rah Digga and Lauryn Hill I realized that the outfit that Queen Latifah wore for her debut album "All Hail the Queen" was styled after a press photo of Marcus Garvey.
This combined with a lyric that was similar to one in her song "Dance for me" " One try, one God, and one destiny" with the Marcus Garvey's UNIA motto "One God! One aim! One destiny!"  helped me to solidify the connection between Newark or early Hip Hop and spiritual/social justice metaphors and archetypes.
- Noelle Lorraine Williams 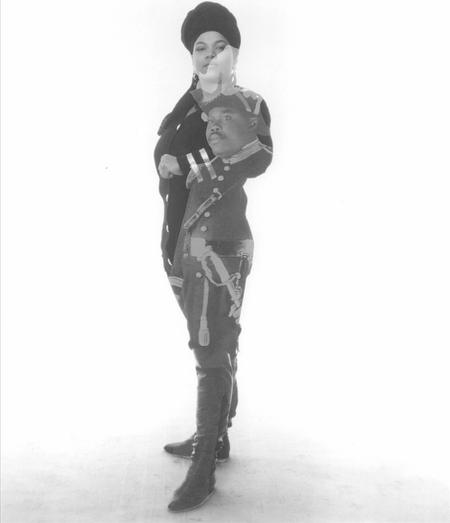 2017
Mixed Media Photo Collage
Combining two different news moments, the first a headline from the Durham Morning Herald warning its residents that "Another Newark" Threatened Here following the Newark riots/rebellion in 1967.  This is noteworthy to me because we see as early as only a few months after the Newark rebellion the beginning of a national branding of Newark as a site and example for Black revolt.
The second image is an image from 1978 depicting Muslims gathering in Weequahic Park in Newark.

Both images serve as conversation to me of what Newark is prioritized for its national image.  Why are the spiritual practices that Blacks embody and create not seen as a part of what Newark is?
Who does this serve? 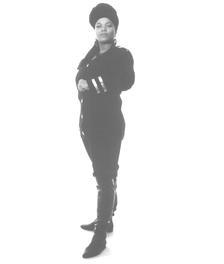 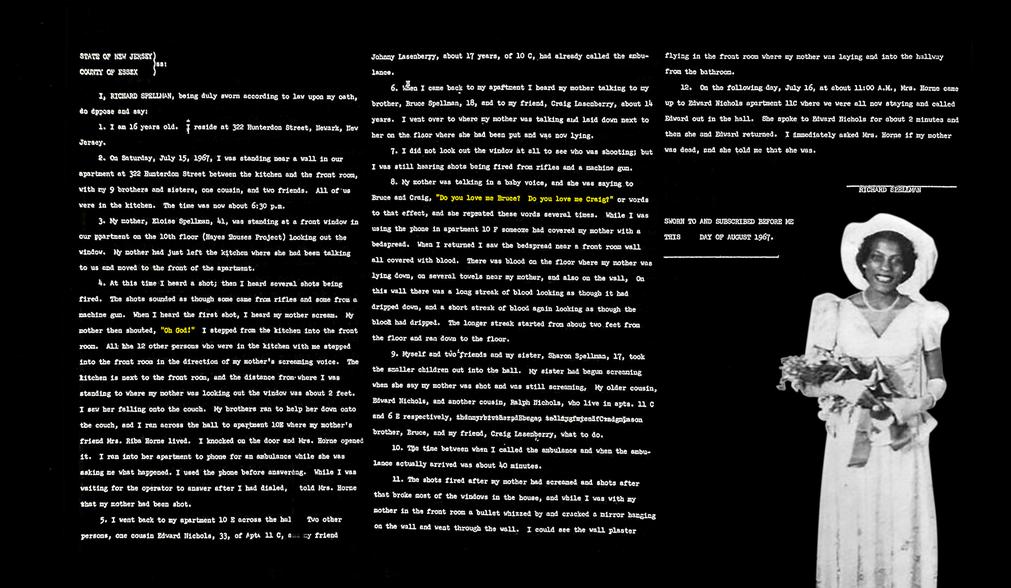 Do You Love Me Bruce?
Dimensions Variable
(Left, Detail)​
2017
Currently, moving through the story of Eloise Spellman.  A woman murdered by the National Guard in her home during the 1967 Newark Rebellion.  She had 11 children.

Reading through several depositions I desired to "hear" and "look" for Ms. Spellman's voice.  In none of the depositions did I hear her "voice" until reading the one of her teenage son.
In it he quotes his mother as saying in her delirium after being shot in the neck "Do You Love Me Bruce? Do you love me Craig?" in that moment she explodes the restrictive (and damning) static notion of "41-year-old Black welfare mother with 11 children" and he helps his mother to reclaim her humanity in a historical archive. 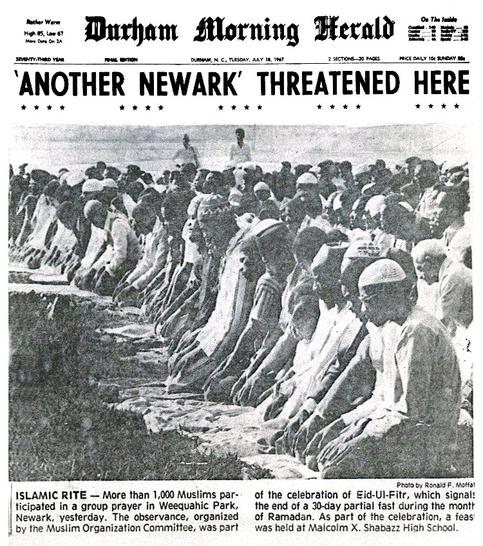 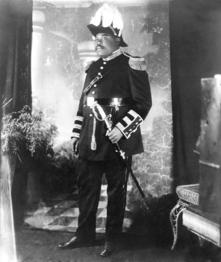 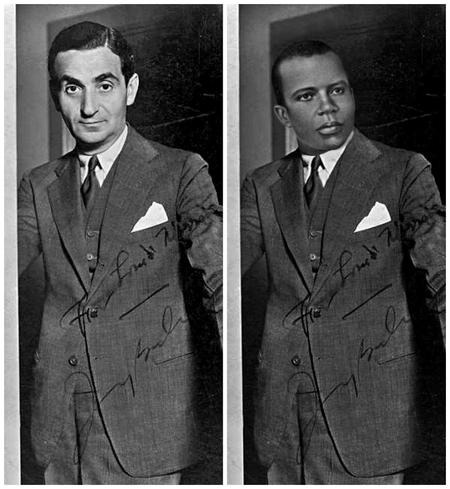 Irving Berlin_Scott Joplin
Genocidal Music Remix
Digital Reconstruction
2015
Noelle Lorraine Williams
Irving Berlin was often accused of having "a little nigger boy in the closet"  or of having stolen his songs from an African American musician, or even the notable father of ragtime Scott Joplin.

His retort to these claims was "With "Alexander," he said, "someone started the report that I had paid a Negro 10 dollars for it and then published it under my own name. "I asked them to tell me from whom I had bought my [previous] successes - 25 or 30 of them. Then I told them if they could produce the Negro and he had another hit like 'Alexander' in his system, I would choke it out of him and give him $20,000 in the bargain.
-Noelle Lorraine Williams